Rio Is Having A 'Financial Emergency' 2 Months Before The Olympics 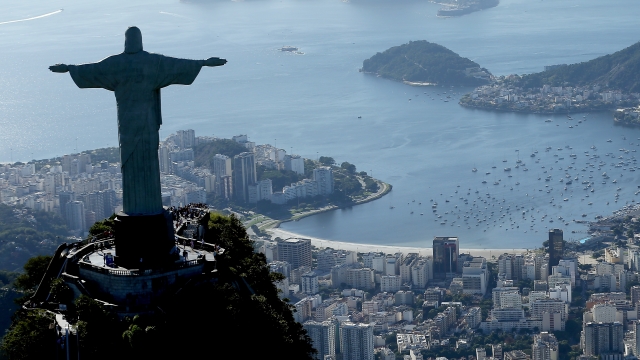 SMS
Rio Is Having A 'Financial Emergency' 2 Months Before The Olympics
By Ben Lawson
By Ben Lawson
June 18, 2016
A "serious economic crisis" might mean the city can't finish certain projects ahead of the games.
SHOW TRANSCRIPT

Fewer than 50 days before the Olympics, the state of Rio de Janeiro has declared a financial emergency.

The interim governor says a "serious economic crisis" may prevent the state from fulfilling obligations it made for the games.

Brazil is in an economic recession, and Rio de Janeiro has been hit particularly hard partially due to a slump in the oil market.

The Guardian suggests declaring a state of emergency could be more of a "political tactic" since it allows the governor to borrow funds without the approval of the state legislature.

This financial situation only adds to the country's long list of problems ahead of the Olympics. A political corruption scandal ousted its president earlier this year, and an outbreak of the Zika virus has some saying the games should be postponed.

This video includes clips from CNT and CNN and images from Getty Images.