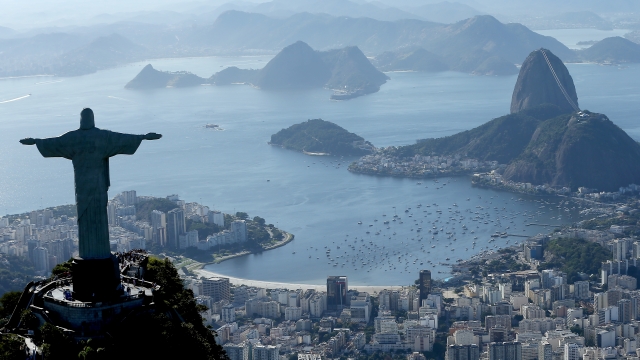 SMS
Rio Is Bringing The Rubber: Olympic Athletes, Staff Get 450K Condoms
By Ben Lawson
By Ben Lawson
May 21, 2016
That's 42 condoms for each athlete and staff member.
SHOW TRANSCRIPT

How many is too many when it comes to condoms? Olympic organizers seem to think you can never have enough.

About 450,000 condoms will be distributed to the Olympic village during the summer games in Rio de Janeiro. Quartz estimates that's about 42 condoms per person.

But Brazil is currently fighting an outbreak of Zika virus. It originates from mosquitoes but can also be transmitted sexually. The virus causes severe birth defects, like microcephaly.

There's actually been some concern about whether the Olympics should be held in Brazil at all due to the outbreak.

But a recent article in The Lancet Infectious Diseases says, "Risk of exposure to Zika virus and subsequent adverse health outcomes will be low, in a relatively low-risk part of Brazil at a low-risk time of year."

The outbreak is primarily in the country's northeast; Rio De Janeiro is in the southeast.

However, the World Health Organization still advises pregnant women to avoid traveling to Rio while the outbreak is ongoing.

This video includes images from Getty Images and robertelyov / CC BY 2.0 and clips from CBS and the Centers for Disease Control and Prevention.