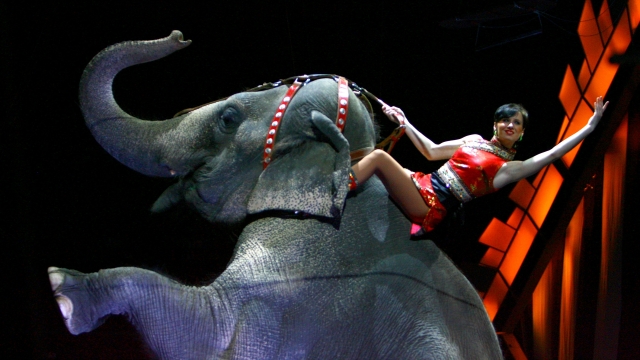 The company originally announced they would retire elephants by 2018, but it moved up that timetable earlier this year.

The 11 elephants still in the circus will join 29 others at the Ringling Bros. Center for Elephant Conservation in Florida. They are joining the largest herd of Asian elephants in the Western Hemisphere.

The 200-acre plot of land is more than just an elephant retirement center. Elephants rarely develop cancer, so researchers are studying them in hopes of finding a cure or treatment for pediatric cancer in humans.

The Ringling Bros. will live stream the elephants' last show on Sunday evening on its website and Facebook page.