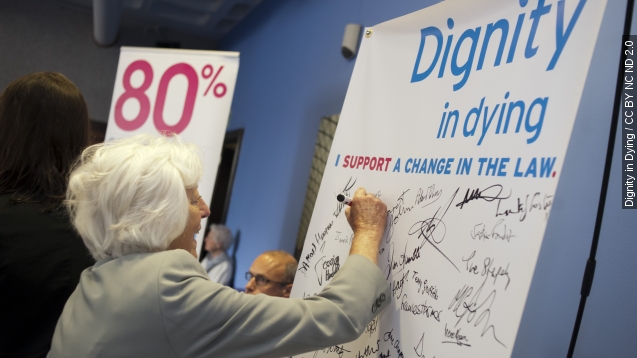 A prominent right-to-die group was ordered Monday to pay nearly $33,000 to the family of a Minnesota woman it helped commit suicide.

The group is called Final Exit Network, and it’s been under fire for years for carrying out the woman's suicide without notifying her family.

The case goes all the way back to 2007, when Doreen Dunn wrote to Final Exit Network asking for an assisted suicide, citing unbearable pain. According to prosecutors, the group provided Dunn with a “blueprint,” for the suicide and carried it out a few months later.

Two so-called “Exit Guides” arrived at Dunn's home, using special equipment to carry out the suicide through helium asphyxiation. Since they left no trace at the scene, Dunn's husband didn't know about the true nature of his wife's death until two years later.

“All of us should have the right, if we are competent to do so, to determine when and where and how we will end a suffering existence if that option is the only option open to us,” Final Exit Network founder Ted Goodwin said in a promotional video.

Of the states that have laws in place, all of them stipulate that the person receiving help be terminally ill, or in other words, have six months or less to live.

But Final Exit Network goes further than that. It claims to be the only group in the country that does not require a person to be terminally ill to request an assisted suicide, only asking that its patients be “mentally competent.”

Regarding the case in Minnesota, Final Exit says it’s “unrepentant” and plans to pay the damages using money it has already collected through donations.