Ricky Martin Instagrams Back To Life After Death Hoax 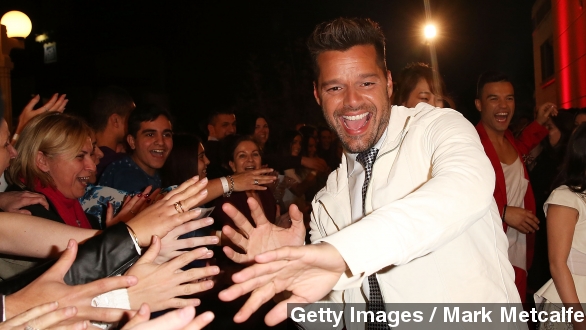 Ricky Martin is not dead. In fact by all accounts, the "Livin' La Vida Loca" singer continues to be exactly that — living.

Well, maybe we should say most accounts. A graphic youtube video featuring video of a car accident, which purported to show Martin's death, appears to have started the rumor. (Video via NOVA FM)

The hoax video, which Newsy has decided not to show, uses video from San Diego's ABC affiliate KGTV — specifically from a Marin County Sheriff's Department press conference on Robin Williams' death — despite the hoax voiceover claiming the accident happened in Los Angeles. (Video via KGTV)

But it was the way Martin responded to the rumor that has earned him plaudits.

The singer went on Instagram and posted a picture of himself, with the caption, "#Sunset in #heaven," to his 1.7 million followers.

So just to be clear — Martin apparently continues to be drinking deeply from, "The Cup of Life." Anybody? (Video via Columbia Records / Ricky Martin)