Former Classmates Of This White Supremacist Get An 'A' For Spite 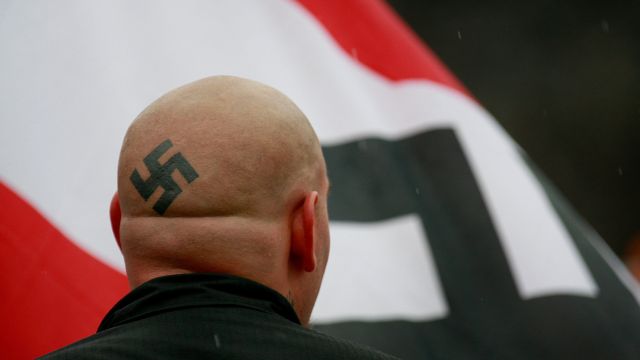 SMS
Former Classmates Of This White Supremacist Get An 'A' For Spite
By Jake Jones
By Jake Jones
November 28, 2016
Classmates of white nationalist Richard Spencer responded to his rhetoric in a great way: donating to refugees.
SHOW TRANSCRIPT

After a video of the moment went viral, Spencer's former classmates responded in the best way possible: raising money for a local refugee relocation effort.

Spencer is the chair of the National Policy Institute, which promotes white supremacy, and a leading voice in the so-called "alt-right" movement.

The St. Mark's School of Texas class of 1997 started a Crowdrise fundraising page denouncing Spencer. All proceeds will go to the International Rescue Committee's office in Dallas, where the school is located.

The rescue committee is a global humanitarian charity focused on helping refugees. Its Dallas office works to integrate refugees into the community. The Crowdrise page describes refugees as "a source of American strength and pride."

While the school isn't officially associated with the fundraiser, the headmaster did release a statement distancing the school from Spencer.

The campaign raised more than double its original goal of $20,000 after the first weekend of donations.