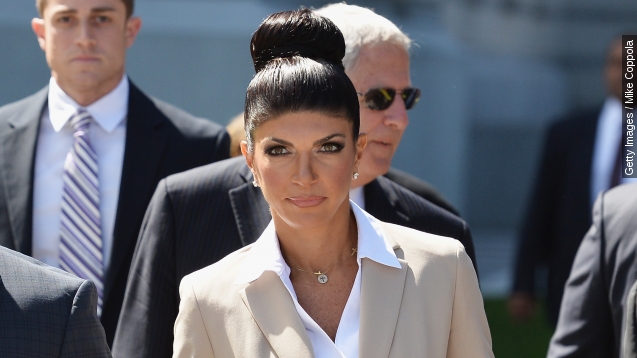 SMS
'RHONJ' Star Teresa Giudice Released From Prison After Nearly A Year
By Matt Moreno
By Matt Moreno
December 23, 2015
Giudice will be placed on house arrest until Feb. 5.
SHOW TRANSCRIPT

"Real Housewives of New Jersey" star Teresa Giudice is out of prison after nearly a year.

"She is thrilled that she is finally going home," a source told People Magazine.

"I just want to make sure my daughters are okay," Giudice told Bravo's "What What Happens Live."

Giudice, along with her husband, was sentenced to 15 months in federal prison in October 2014 for bankruptcy fraud.

Giudice will be placed on house arrest until Feb. 5.