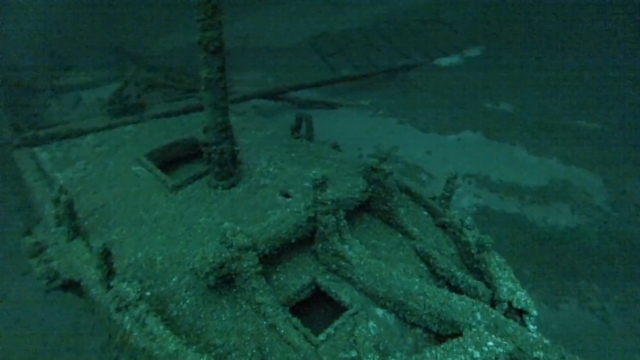 Three men have spent their retirement on an unusual project — hunting for shipwrecks.

And this summer, they definitely hit the jackpot with this find in Lake Ontario.

According to their website, Jim Kennard and his team located a 53-foot ship named the Washington in late June. It sank during a storm all the way back in 1803, which makes it the second-oldest confirmed shipwreck in the Great Lakes.

Of course, they were pretty excited about the discovery.

"You never know what you're going to find when you find a shipwreck like this because some of them really get damaged, very much so in a storm. But it's pretty much all there. The mast is still standing," Kennard told CTV.

Researchers say this wreck could help them get a clearer picture of the kind of ships that sailed on the Great Lakes in that period.

An expert told The Wall Street Journal, "It just gives us a better understanding of what life on the Great Lakes was like at such an early time."

As many as 8,000 ships are believed to be at the bottom of the Great Lakes, including more than 600 just in Lake Ontario.

The team credited with this latest find says they go shipwreck-hunting about 15 times a year and have found hundreds of wrecks in various lakes and rivers.

But don't hold your breath if you want to know where the Washington's watery grave is. Kennard says they plan to keep its location a secret to protect it from divers who might want to salvage it.