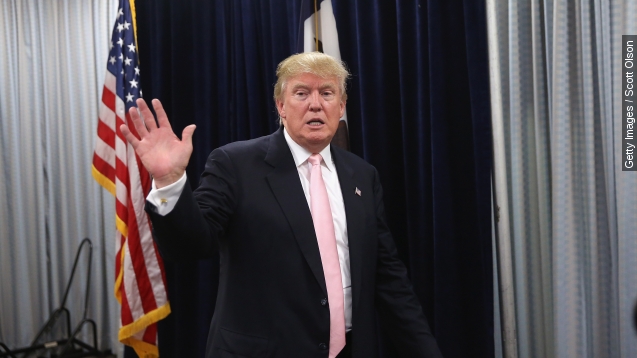 "Donald J. Trump is calling for a total and complete shutdown of Muslims entering the United States until our country's representatives can figure out what the hell is going on," Trump said at a rally.

The company, Lifestyle, whose parent company is the Dubai-based Landmark Group, told media outlets, "In light of the recent statements made by the presidential candidate in the US media, we have suspended sale of all products from the Trump Home decor range."

The partnership was announced in February to sell the Trump Home line in stores in Kuwait, the United Arab Emirates, Saudi Arabia and Qatar.

And CNN reports Lifestyle's recent announcement means the group will also be removing Trump products from stores in Pakistan, North Africa and Tanzania.

But his recent comments aren't costing him business in all areas with large Muslim populations. (Video via International Hotel & Tower)

According to a statement to CNN, the developer DAMAC is building the Trump International Golf Club in Dubai and has no plans of stopping. (Video via DAMAC)