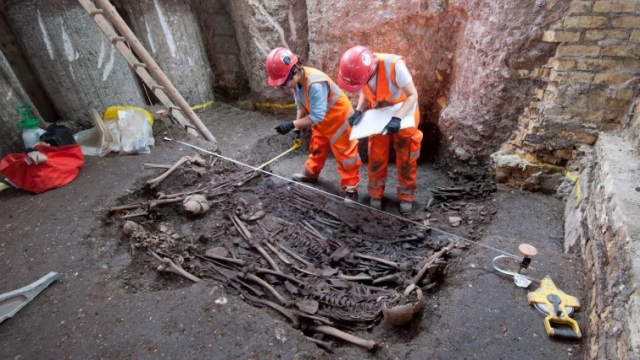 We've finally gotten confirmation of what caused as many as 100,000 people to die in London centuries ago.

Thanks to DNA testing, for the first time, scientists have found evidence of the bacteria from London's Great Plague.

Museum of London Archaeology researchers working at a mass burial site found the bacteria Yersinia pestis in the teeth of five out of the 20 skeletons sampled.

"Ancient DNA is very vulnerable to contamination and suffers from full preservation. ... The teeth are like sealed capsules that preserve this information better than other parts of the skeleton," said Michael Henderson, senior human osteologist at the Museum of London Archaeology.

SEE MORE: This Flu Season, Shots Are The Only Recommended Option

Yersinia pestis has a looming reputation. Previous testing showed it was the bacteria behind the Black Death, which hit Europe in the 14th century and killed about 40 percent of the region's population.

Nearly a fourth of London's population died in the plague of 1665. But don't worry, the bacteria would have died just days after the people did, so researchers won't be unleashing any new plagues by digging up the site.

Other than piecing together history, it's good to know more about diseases like the plague to understand how it spreads, evolves and is similar to today's diseases.

There's more to be done, however. Researchers also plan on doing isotopic analysis, which will help them understand where these individuals came from, what their diets were like and other possible diseases they may have contracted during their lives.

Other findings also have been discovered at the site, and all findings will be published in a book set to be released next year.