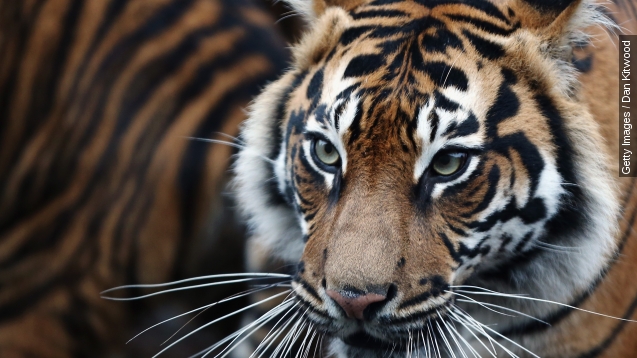 SMS
Republicans Can't Stop Using 'Eye Of The Tiger'
By Christian Bryant
By Christian Bryant
September 9, 2015
Rock band Survivor has been going after GOP politicians over the years for using their song "Eye of the Tiger" without permission.
SHOW TRANSCRIPT

When Kim Davis was released from jail, Mike Huckabee introduced her to the crowd as "Eye of the Tiger" blared through loudspeakers.

The moment won cheers from the crowd but not from Survivor. The band wrote "Eye of the Tiger" for 1982's "Rocky III" starring Sylvester Stallone.

Survivor's members hit back at Huckabee for using the song without their permission. Founding member Jim Peterik said his publisher will be issuing a cease and desist. (Video via C-SPAN)

That isn't nearly as bad as the lawsuit Survivor member Frank Sullivan brought against Newt Gingrich for using the song during his presidential bid in 2012. The two reportedly settled later that year.

And Sullivan was busy in 2012, also going after Mitt Romney for using the tune during his campaign rallies. Romney's camp later agreed to just drop the song from its playlists. (Video via PBS)

As much as Republican politicians like to use "Eye of the Tiger," it might be time to just find another tune. How about something from Springsteen? (Video via WEWS)