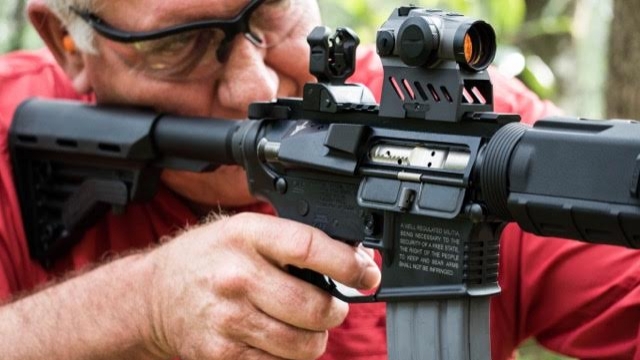 In the wake of the Orlando shooting, Florida state senator and congressional candidate Greg Evers has decided to host a rifle giveaway.

It might not seem like the most obvious gesture after a mass shooting that involved a rifle, especially compared to recent attempts from Democratic lawmakers to tighten gun laws.

But Evers said in a Facebook post, "I’m not counting on Obama or Congress to protect me from terrorism, and neither should you."

The congressional hopeful said in the official giveaway post: "With Terrorism on the rise and liberals in Washington talking about taking away your 2nd Amendment Rights I decided to giveaway this custom AR-15. ... Let’s send the Washington Liberals a message."

The giveaway is hosted by his congressional campaign and is only open to people living in the district he's running in. There are a few more stipulations, too. After "liking" and "sharing" the post on Facebook, the winner will have to pass a background check.