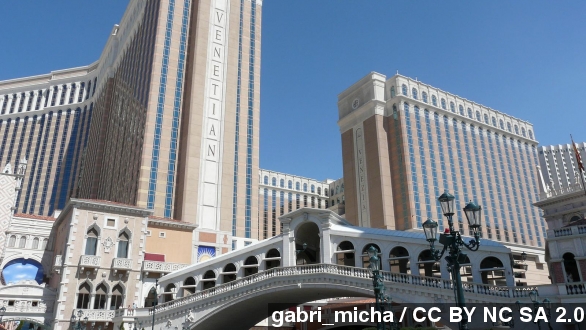 SMS
Iran Suspected In Recent Casino Cyberattack
By Evan Thomas
By Evan Thomas
December 14, 2014
Security firms and the FBI are working on evidence alone, but most of it points to Iran running recent cyberattacks against U.S. targets.
SHOW TRANSCRIPT

A high-profile hack against a casino sounds like something out of an “Ocean’s” heist movie.

But one such breach that took place earlier this year wasn’t career thieves knocking over a casino for the profit. (Video via Warner Bros.)

The attack didn’t just knock the servers offline; it wiped many of them clean. IT staff reportedly went around the floors of the Sands’ Vegas properties and physically unplugged computers in an attempt to minimize the damage.

And this is just one high-profile example. The FBI is said to be worried about the possibility of cyberattacks from Iran against any number of U.S. targets, and maybe for good reason.

A report from earlier this month by security firm Cylance details two years of sustained infiltration efforts against civilian and government targets in the U.S. It highlights a lot of evidence that whoever is responsible is both based in Iran and has state government-scale resources.

With that said, the evidence is just that: only evidence.

Gizmodo says, “It sounds like the FBI has steered clear of pointing the finger directly at the Iranian government, merely saying that the attacks are launched from two IP addresses in Tehran.”

But Engadget explains while Iran’s government has denied involvement, “It's hard to imagine the FBI letting the country off the hook quite so easily given accusations that Iran broke into US Navy computers last year.”

Bloomberg’s report explains the government doesn’t have a standing policy for responding to nebulous cyberattacks, and businesses can do even less — retaliation is illegal under federal law.

This video includes images from gabri_micha / CC BY NC SA 2.0.