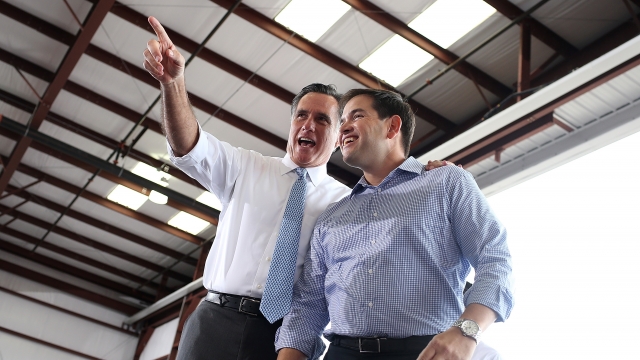 Two sources within the GOP told The Huffington Post the 2012 presidential candidate wanted to give Rubio his endorsement earlier but waited out of respect for former Florida Gov. Jeb Bush.

CNN wrote earlier this month Romney's endorsement was being calculated based on who could beat Donald Trump.

Much of the Republican Party's leadership may be moving to Rubio's side for the same reason.

According to FiveThirtyEight, Rubio has the most representatives, senators and governors publicly backing him. Meanwhile, Trump hasn't gotten a single endorsement so far from a current governor or member of Congress.

As of Sunday, the details for Romney's endorsement of Rubio were still being set, but The Huffington Post said it could potentially come before Tuesday's Nevada Republican caucuses.

This video includes clips from NBC, Donald J. Trump for President, Inc. and Marco Rubio for President and images from Getty Images.