Reports Of Evacuations As Chemical Concerns Grow In Tianjin 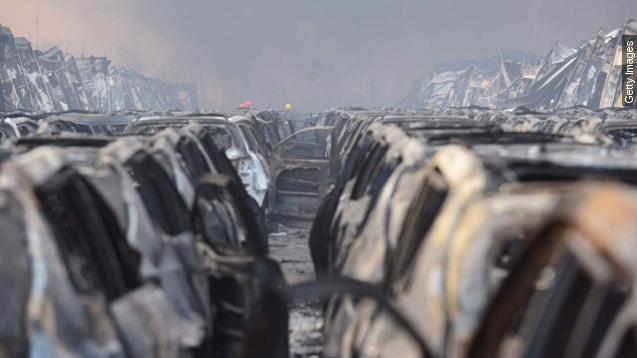 SMS
Reports Of Evacuations As Chemical Concerns Grow In Tianjin
By Jake Godin
By Jake Godin
August 15, 2015
The threat of chemical pollutants in the air has caused officials to reportedly evacuate a two-mile radius around the blast site in Tianjin.
SHOW TRANSCRIPT

The death toll for the Tianjin explosions has risen to 104 people. More than 700 people have been injured. (Video via People's Daily)

Residents within two miles of the blast have reportedly been ordered to evacuate over fears of toxic chemicals released by the explosion. (Video via RT)

But the People's Daily newspaper reports the government has said it did not order any evacuation. (Video via Voice of America)

One of the suspected chemicals is sodium cyanide, which can be lethal if inhaled or ingested. (Video via CCTV)

New explosions have since gone off at the site of the main explosion, though their cause is unclear. (Video via BBC)