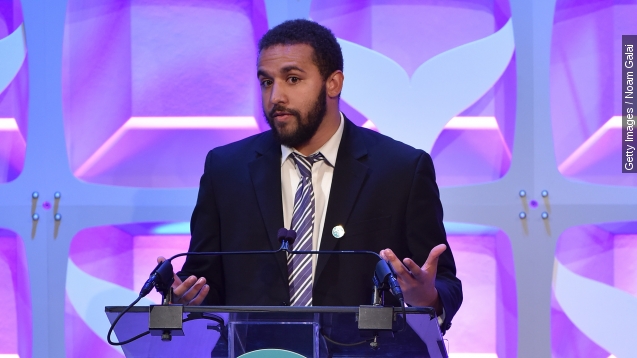 Two reporters arrested while covering the protests in Ferguson have been charged with trespassing and interfering with a police officer after about a year.

You may remember Lowery, Reilly and other reporters were working from that McDonald's when officers told them to evacuate; the reporters then began recording the officers and Lowery and Reilly were arrested. (Video via CNN)

"L  et's go," an officer told Lowery in a video he recorded.

"Stop videotaping and let's grab our stuff and go." (Video via The Washington Post)

Lowery has been pretty outspoken about his time covering the protests in Ferguson; from a TED talk to writing a book about his experiences. (Video via TED)

Since reports of the charges broke Monday, news organizations and journalists have come out in support of the two reporters.

One of them, Trey Yingst, a reporter from News2Share, recently won an $8,500 settlement against St. Louis County for his arrest covering protests in November. He tweeted Monday that there should never have been an arrest in the first place. (Video via CTV)

Interestingly, the same county had just days left to bring Lowery and Reilly up on charges. The statute of limitations would've ended Thursday. (Video via NABJ)

If convicted, the reporters could each be fined $1,000 and spend up to a year in county jail.