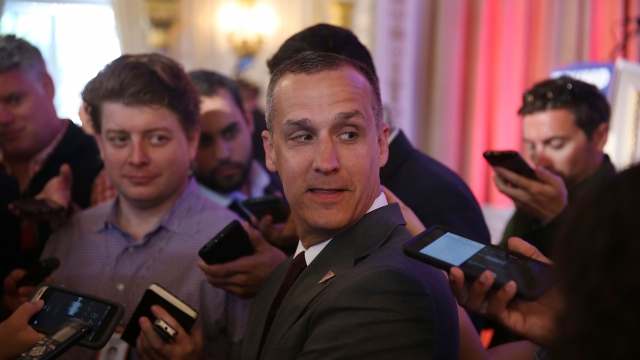 Fields released a statement to BuzzFeed saying, "I do not believe Breitbart News has adequately stood by me during the events of the past week and because of that I believe it is now best for us to part ways.”

Last week, Corey Lewandowski, Trump's campaign manager, was accused of violently pulling Fields away from Trump as she tried to ask him a question. Video from C-SPAN appears to show him reaching for her.

Breitbart had been called pro-Trump before the alleged incident, and one source told BuzzFeed that staffers at Breitbart who'd publicly defended Fields were at risk of being fired.

While an official statement from Breitbart supported Fields and called for an apology from Lewandowski, the outlet also posted a story criticizing Fields' account, though it was updated following the C-SPAN video's release.

Fields and Shapiro aren't the first Breitbart staffers to resign over the alleged incident. Spokesman Kurt Bardella left the company Friday, telling CNN he disagreed with how management treated Fields.

Both Trump and Lewandowski previously denied an assault ever happened and say Fields is falsely accusing the campaign manager.

The alleged incident comes on the heels of a number of violent incidences at Trump rallies. The presidential candidate has also recently been criticized for violent rhetoric.

"I'd like to punch him in the face, let me tell you," Trump said at a rally.

"If you see someone getting ready to throw a tomato, knock the crap out of them. Would you? Just knock the hell ... I promise you, I'll pay for the legal fees." Trump said at another rally.

At a GOP debate Thursday, however, Trump responded to attacks by other candidates, saying he doesn't condone violence.

As for Fields, she filed charges against Lewandowski on Friday.

This video includes clips from C-SPAN, ABC, Donald J. Trump for President Inc. and CNN and images from Getty Images.