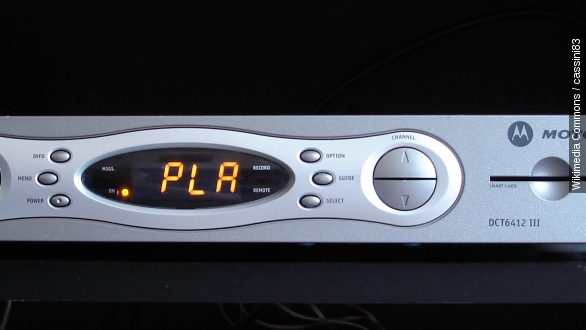 SMS
Report Details Just How Much Power Idle Electronics Waste
By Evan Thomas
By Evan Thomas
May 9, 2015
That devices waste power when they’re plugged in isn’t news, but a new report indicates the scale of the problem is increasing all the time.
SHOW TRANSCRIPT

But a new study by the Natural Resources Defense Council quantifies the problem: these gadgets suck down $19 billion of electricity annually — or about 50 large power plants’ worth.

The NRDC analyzed energy usage in more than 70,000 homes in northern California, specifically the idle consumption of various electronics.

There are more of these devices than ever. Study author Pierre Delforge blames some of it on the advent of luxurious new electronics and smart devices.

“Many previously purely mechanical devices have gone digital: Appliances like washers, dryers, and fridges now have displays, electronic controls, and increasingly even Internet connectivity, for example."

Electronics as a category are responsible for 51 percent of this needless energy use, according to the report. Desktop computers, televisions, AV receivers and set-top cable boxes are among the top 10 worst offenders.

That last one has been an issue for years, according to some reports. One study in 2011 found the nonstop operation of set-top boxes can draw more power than a refrigerator, and about 60 percent of that juice goes to waste because nobody’s watching anything.

For what it’s worth, streaming boxes sip power by comparison. Where the NRDC found a traditional cable box pulls 30-50 watts, an over-the-top Internet video box needs just 5 or 6 watts.

Which isn’t to say all modern devices are as improved. Another recent NRDC report took the latest Xbox and PlayStation consoles to task for their power-hungry standby modes.

The council’s California study calls for new energy efficiency standards manufacturers would be required to meet.

In the meantime, consumers can use outlet timers and power strips to reduce idle draw, or use the low-tech but foolproof method of unplugging things. (Video via National Geographic)