Report Accuses Ikea Of Evading $1.1B In Taxes 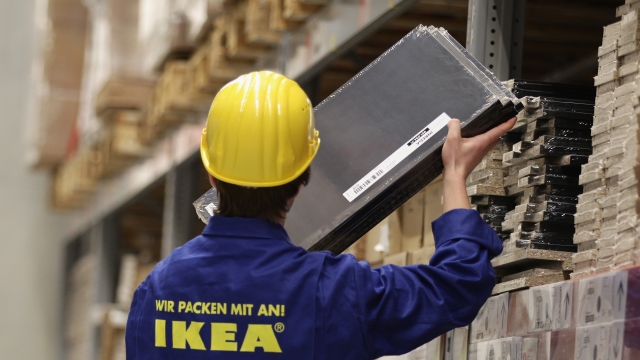 SMS
Report Accuses Ikea Of Evading $1.1B In Taxes
By Ryan Biek
By Ryan Biek
February 15, 2016
A new report from the Green Party in the European Parliament has accused Ikea of evading up to $1.1 billion in taxes.
SHOW TRANSCRIPT

The Green Party in the European Parliament says furniture corporation Ikea has avoided paying up to $1.1 billion in taxes.

Over the weekend the party published a report detailing the charge that allegedly took place between 2009 and 2014. It's estimated that last year alone Ikea dodged $39 million in taxes in Germany, $26 million in France and just under $13 million in the U.K.

Ikea is accused of using several tax loopholes, one of the major ones being shifting royalties from stores in high-taxing countries like Sweden and Spain to a subsidiary in the Netherlands, where they go untaxed. The royalties end up in Liechtenstein.

The report noted the figures were only estimates, though, because of a lack of public information from Ikea.

In a statement the company said, "Ikea Group is fully committed to manage its operations in a responsible and sustainable way and we pay our taxes in full compliance with national and international tax rules and regulations."

The European commission promised over the weekend to study the Green Party's report. In January the European Parliament estimated the continent loses $76 billion a year due to businesses avoiding taxes.

Several U.S. companies have been accused of tax evasion in Europe. The European Investigation started a formal investigation into McDonald's in December.

And Google's parent company, Alphabet, agreed to pay $185 million to British authorities in January as part of a tax settlement.