Nancy Pelosi Might Have A Challenger For House Minority Leader 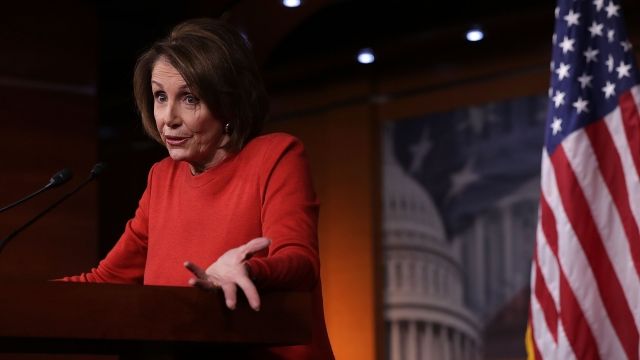 After a stunning loss last week, House Democrats are taking some extra time to figure out the future of their party.

House Democrats decided Tuesday to hold off on their leadership elections until Nov. 30.

"We just got a shellacking last Tuesday. We got an unexpected defeat, and we've got to recalibrate and decide how we go forward," Rep. G.K. Butterfield, chief deputy whip of the Democratic caucus, said Tuesday.

And it seems current House Minority Leader Nancy Pelosi could have a challenger by then.

"It just sounds like it's clear you're not ruling out challenging Pelosi for the leadership," CNN's Jim Sciutto said to Rep. Tim Ryan.

"I'm not, and I don't think anyone else is. I think there are a lot of people having conversations right now," Ryan said.

Ryan has surfaced as an alternative to Pelosi.

"The question for us now is, moving forward, who is the best person? Who — what's the best message to go into blue-collar areas to talk to blue-collar people on how we can help them get good-paying jobs back?" Ryan said.

Ryan represents a district in northeastern Ohio — a state Democrats lost to Donald Trump last week. He serves on the House Appropriations Committee and is co-chairman of the Congressional Manufacturing Caucus.