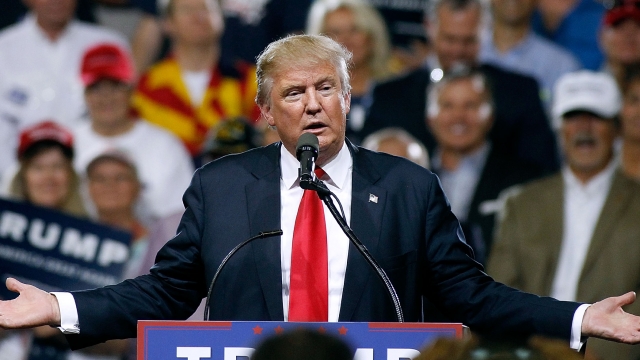 SMS
Renewed Lawsuit Accuses Donald Trump Of Raping An Underage Girl
By Eugene Daniels
By Eugene Daniels
June 21, 2016
The case was originally filed earlier this year but was thrown out by a judge.
SHOW TRANSCRIPT

Donald Trump's stretch of bad weeks just got a bit worse. A lawsuit against the presumptive GOP nominee alleges he raped a girl when she was 13 years old.

The lawsuit describes a "savage sexual attack" in 1994 alleging Trump tied the girl to a bed before raping and hitting her. The woman also claims Trump threatened her family if she told anyone.

The plaintiff says: "Immediately following this rape, Defendant Trump threatened me that, were I ever to reveal any of the details of Defendant Trump’s sexual and physical abuse of me, my family and I would be physically harmed if not killed."

The case isn't new; it was originally filed without any legal help in April in California but was dismissed. Her lawyer told the New York Daily News that lawsuit cited the wrong statutes.

Trump denied the claims earlier, calling them categorically false, adding the allegations "perhaps, are simply politically motivated. There is absolutely no merit to these allegations. Period."

The lawsuit claims the woman was scared to come forward until this year and is requesting the court provide a waiver for the statute of limitations, which for most sexual assault claims in New York would be five years.

The lawyer says the survivor's "freedom of will" to speak was being denied because of the alleged threats.