Remember When TLC Used To Be Called 'The Learning Channel'? 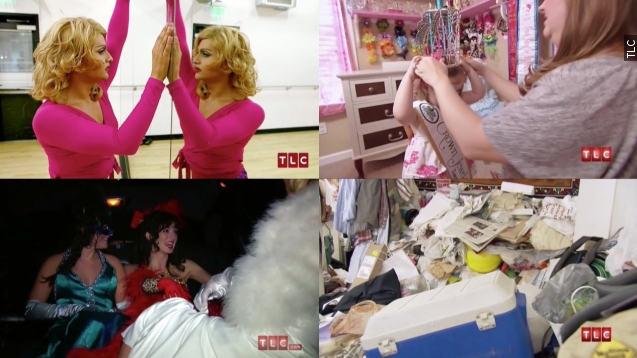 SMS
Remember When TLC Used To Be Called 'The Learning Channel'?
By Katherine Biek
By Katherine Biek
May 25, 2015
TLC's programming has changed dramatically since it was founded in 1972, in part by NASA.
SHOW TRANSCRIPT

When taking a look at TLC's programming, it's sort of hard to remember that TLC at one time stood for The Learning Channel.

"My name is Adam. I live in Hollywood, California. And I'm addicted to being Madonna." (Video via TLC / "My Strange Addiction")

"It seems like whenever you have sex, you pass out." (Video via TLC / "Sex Sent Me to the ER")

What once was a channel dedicated to educational programming is now known for extreme reality shows like "19 Kids and Counting," "Here Comes Honey Boo Boo" and "Hoarding: Buried Alive."

Hard to believe TLC was originally founded as an instructional channel by NASA and the Department of Health, Education, and Welfare in 1972. It was — back then — known as the Appalachian Community Service Network.

Eight years later, the ownership of the channel was privatized and its name was changed to The Learning Channel. It showcased documentaries on a variety of topics, like "Paleoworld" and "Amazing Space."

Those documentaries evolved into more reality-style educational programming like "A Baby Story" and "Medical Detectives" in the late 1990s. (Video via TLC)

Those led to home improvement shows like "Trading Spaces" and the popular "What Not to Wear," in which a person underwent a complete makeover each episode.

There was the infamous Jon and Kate Gosselin in "Jon & Kate Plus 8."

And the equally drama-filled "Toddlers and Tiaras," where audiences got to watch parents force their three-year-olds to compete in beauty pageants.

An entertainment writer for the Los Angeles Times told CNN in 2010, "TLC is doing what a lot of other cable networks have done... If you look at the History Channel, there's not an awful lot of history on it anymore."

And focusing on the bizarre has worked for TLC.

Back in October, a record 4.4 million people tuned in to watch Jill Duggar get married on "19 Kids and Counting," making it the highest rated episode of the series ever.

And in January, the premieres of "Kate Plus 8" and "My Big Fat Fabulous Life" raked in enough viewers, 1.8 million and 1.3 million respectively, to help TLC beat out Lifetime and Bravo in the ratings.

It looks like the bizarre is here to stay, though. TLC announced its new lineup of shows for later this year includes a marriage show where parents get to pick their child's future spouse and a series about a man who recently learned he's the King of the Isle of Mann.