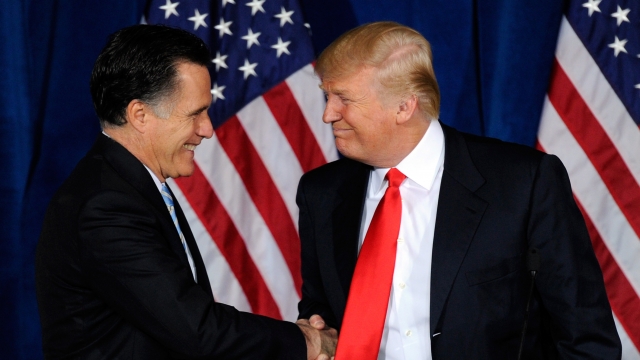 Marco Rubio has a reminder for GOP voters.

“I criticized Mitt Romney for losing the election. He had a failed presidential campaign. He ran a terrible campaign," Donald Trump said.

“People decide that they can go home because they can’t find work here because they don’t have legal documentation to allow them to work here,” Romney said during the 2012 presidential race.

“[Romney] had a crazy policy of self-deportation, which was maniacal," Trump said.

He now says Romney was "mean-spirited." His plan, on the other hand ...

“Mine is not mean-spirited. Mine is business. We have a country. You don't have a country if people are allowed to walk in, cross the border and stay here for as long as they want,” Trump said on Fox News.