Remember That Time A Hollywood Executive Was Linked To A Pirated Film? 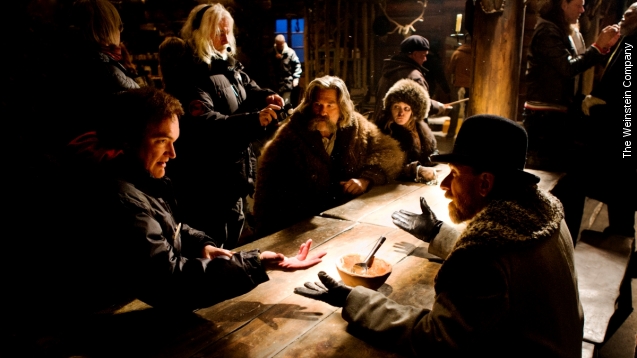 SMS
Remember That Time A Hollywood Executive Was Linked To A Pirated Film?
By Mikah Sargent
By Mikah Sargent
December 23, 2015
Alcon Entertainment CEO Andrew Kosove is reportedly linked to the pirated copy of "The Hateful Eight," which was leaked online.
SHOW TRANSCRIPT

In case you missed it, Quentin Tarantino's upcoming film "The Hateful Eight" has leaked online — as in, a high-quality copy of the actual movie. We may now know the source of that leak.

"One of them fellas is not what he says he is," said Kurt Russell in "The Hateful Eight."

The Hollywood Reporter cites sources who claim the leaked film is linked to a Hollywood exec: Andrew Kosove, co-CEO of Alcon Entertainment. (Video via Watchr Media)

An early copy of the film was reportedly sent to Kosove on a DVD. It's typical for industry executives to get early copies of films; it's how motion pictures (and loads of other media) get nominated for awards.

By tracking a digital watermark applied to Kosove's copy of the film, "The Hateful Eight"'s production company — The Weinstein Co. — was able to trace the illegally distributed file back to Kosove.

The FBI is investigating the leak. For his part, Kosove says he's "never seen the DVD," and Alcon Entertainment plans to "conduct [its] own investigation to figure out what happened."

But here's the thing: Piracy is happening all the time. If a film, or song, or television show, or piece of software exists, chances are good it's been leaked online. So why'd this leak make waves?

Well, judging by the headlines, it's because people generally enjoy schadenfreude, especially when there's a bit of irony involved: "An industry exec linked to piracy? Ha ha ha, hilarious!"

According to Variety, a piracy group has claimed responsibility for distributing the leaked film. It claims to have access to 40 more films and says it will leak those, too.