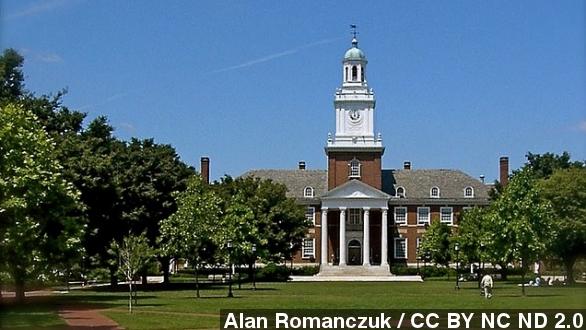 It's an embarrassing admissions error for a prominent East Coast university.

The university was informed of the error that same day and let the prospective students know that they were, indeed, still denied entry to the school.

Fox News reports Johns Hopkins said the acceptance emails had been sent out because of a technical mistake.

One of the students who received a bogus admissions email posted the university's apology email online. The email blames a company outside of the university for the error.

"By way of explanation, not justification: We work with an outside vendor to post admissions decisions so that applicants can see them securely online as soon as they are released. In this case, there was an error at the vendor."

And it's that apology email that has people upset.

Cathy Stephenson, whose son was sent the admissions email, told The Washington Post: "All we want is a personal phone call. When I make a mistake, I do the right thing."

With an acceptance rate of just 15 percent, Johns Hopkins has already admitted 539 students who applied early-decision to next year's freshman class. (Video via Johns Hopkins University)

And, sadly, we can now add Johns Hopkins to a rather long list of other universities who've made embarrassing mistakes when it comes to admissions.

The rest of the prospective students who did not apply early-admission to Johns Hopkins will find out whether they've been admitted this spring.