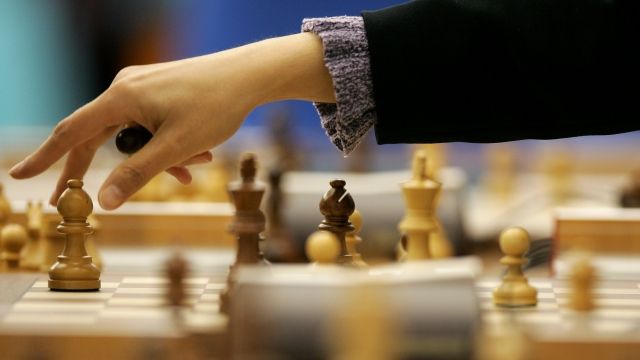 In football, wearing the wrong color clothing can get you fined. But the dress code for the Women's World Chess Championship is even stricter — and it's led at least one player to boycott the tournament.

The reigning women's U.S. chess champion Nazi Paikidze says she won't attend the 2017 world championship because it's being hosted in Iran, a country that requires women to wear hijabs.

Paikidze wrote in an Instagram post, "It's unacceptable to host a WOMEN'S World Championship in a place where women do not have basic fundamental rights and are treated as second-class citizens."

Two other female chess players who competed in Iran said wearing a hijab during competition was "awkward" and "not comfortable," but they were eventually able to get used to the garment.

But Mitra Hejazipour, a woman grandmaster from Iran, says hosting the tournament in Iran is important for the country's own gender inequality struggle. She told The Guardian, "This is going to be the biggest sporting event women in Iran have ever seen; we haven't been able to host any world championship in other sporting fields for women in the past."

The hijab and other traditional Islamic clothing for women have become a focal point in the discussion for gender equality across the world. Protesters in countries like Iran and Saudi Arabia remove their head coverings as an act of defiance, while some areas of Europe impose full or partial bans on headscarves and veils.

Paikidze says she's not anti-Islamic, but she refuses to play chess in a country that restricts her rights as a woman.