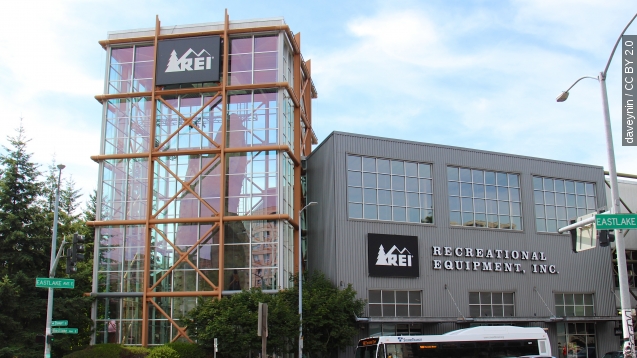 Instead of running from store to store this Black Friday, REI wants its customers to run outdoors. And it seems like the company is putting its money where its mouth is. (Video via REI)

The outdoor and fitness retailer announced it will close all 143 stores on Nov. 27 this year. The company's 12,000 employees will get a paid day off, but REI's CEO said there's a bigger benefit.

"I think for us Black Friday was kind of one of those iconic days that has come to mean more about shopping. So the idea of being up on a mountain, maybe finding some snow, is pretty awesome," Stritzke said. (Video via CNN)

REI's decision is a bit uncommon. Most stores have continued to push their opening times earlier and earlier. Places like Costco, Burlington Coat Factory and Home Depot are part of a short list of retailers that refuse to open on Thanksgiving, but REI is the first to lock its doors on one of the biggest shopping days of the year.

The decision comes with a price, though. Stritzke said Black Friday is one of the top 10 most profitable days of the year for the company. (Video via KSHB)

But according to the National Retail Federation, as more and more shoppers have turned to online shopping, Black Friday sales have dropped in recent years.

REI has a plan for online shoppers, too.

The company's home page will urge customers to "opt outside." But for those who just can't wait for the latest hiking gear, online sales will continue.