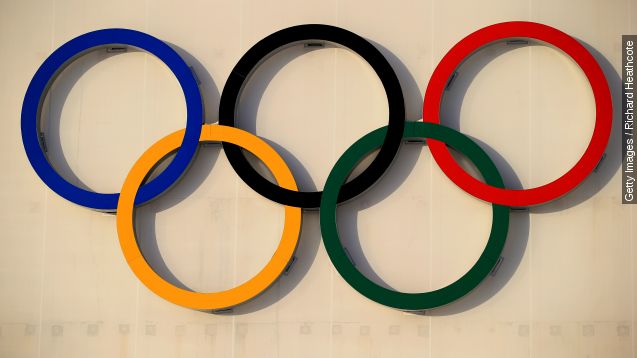 SMS
Refugee Athletes Welcome To Compete In 2016 Olympics
By Katie Link
By Katie Link
October 27, 2015
The International Olympic Committee president announced refugees will be invited to compete in the 2016 Olympic Games for the first time.
SHOW TRANSCRIPT

For the first time ever, refugee athletes will be allowed to compete in the Olympics. And they'll be able to do so in time for the 2016 summer games in Rio de Janeiro.

The president of the International Olympic Committee, Thomas Bach, made the announcement at Monday's U.N. General Assembly meeting.

"Regardless of where in the world we practice sports, the rules are the same and apply to everyone. They are based on our shared values. Sport is always about building bridges, it is never about erecting walls," Bach said. (Video via IOC Media)

Athletes who can't represent their own country will "be welcomed to the Olympic Games with the Olympic flag and with the Olympic anthem." They'll be invited to live in the Olympic Village and compete alongside the other 11,000 athletes. (Video via International Olympic Committee)

It's estimated there are more than 50 million refugees in the world. More than 650,000 refugees have fled their war-torn homes to make a new life in Europe in recent months. (Video via NBC)

But Olympic organizers want the 2016 games to "bring hope." Bach said, "The Olympic Games are the time when the values of tolerance, solidarity and peace are brought to life."

Nearly all of the 193 U.N. member states agreed to halt conflicts from seven days before the Olympic Games opening ceremony until seven days after the Paralympic Games conclude. They're calling it the "Olympic Truce."

A truce like this has been signed into effect every two years since 1993, but some countries have continued fighting anyway. But at least on paper, it looks like the 2016 games might bring a bit of peace to the world. At least for a few weeks.