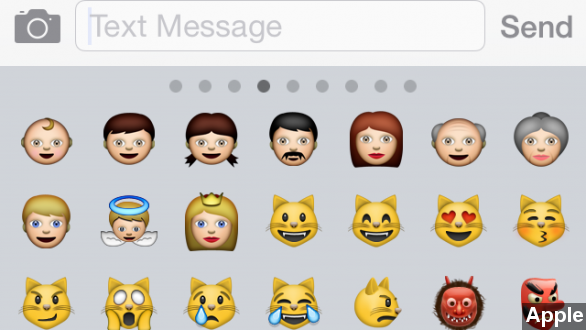 So, Apple released some ethnically diverse emojis to developers in February.

Here they are in this Cult of Mac video. Although not everyone even has the update yet, one group is already feeling left out — some gingers who are very proud of their gingerness (their words, not ours). Ginger Parrot, a website promoting all things redhead, started a Change.org petition to get some redheaded representation:

"Redheads. In all their glorious gingerness, they've been missed out. Again. If you say you're going to diversify, why not add a few red-haired emoji in the mix? Natural redheads may be rare at less than 2% of the world's population, but that is 138,000,000 iPhones waiting to happen."

And that's just counting natural redheads. There are plenty of others who had a little help becoming red-haired. (Video via Revlon)

The petition has gotten more than 2,600 signatures of the required 5,000. It was started less than a week ago, but even if it reaches that magical number, Apple might not really — well, to put it gingerly — care.

Business Insider agrees, writing, "It's doubtful Apple will cave to their demands." And really, it's not exactly up to the company.

Apple follows The Unicode Consortium, which sets international standards for software, including things like emojis on iOS devices.

Oh, but when will it stop? What's next— beards and afros? A tech writer for The Guardian jokes:

"One day – we have a dream – there will be an emoji for everyone. Hipster on a fixie emoji. Maverick politician emoji. Benedict Cumberbatch emoji, emo emoji. Where are the women with beards?"

Yes. Emoji representation for all. No group left behind.