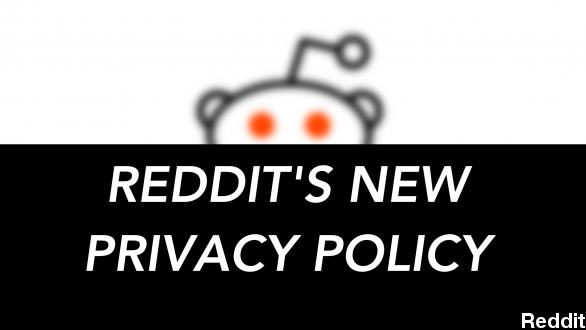 Well, it's taken almost an entire decade, but Reddit, the self-declared "Front Page of the Internet," has finally updated its privacy policy — banning nonconsensual pornographic images.

The update was made Tuesday and asks a person who believes a photo was uploaded without their consent to email Reddit at an email address to get it taken down.

Reddit co-founder Alexis Ohanian posted the policy change on the site's announcements page, writing his team "missed a chance to be a leader in social media" last year when it came to protecting folks' privacy.

That missed opportunity was in September last year when dozens of celebrities had nude photos leaked on sites like Reddit. Now, it seems, the free-range Internet forum wants to build some fences for its 160 million plus visitors.

The strategy veers from its previous stance in the past, which was something a little more laissez-faire. Or ... anything goes, more or less.

"Reddit does not actually host any of its content. All Reddit is is a repository of links submitted by users that go to other sites on the Internet," Ohanian said in response to a CNN report about child pornography on Reddit in 2011.

Shortly after the celebrity photo leak, Reddit's then-CEO Yishan Wong defended the site's reluctance to banning parts of the site where questionable material can be found, saying "every man is responsible for his own soul."

That's not to say Reddit never deleted individual illegal content, because it did. But banning subreddits repeatedly linking to illegal content was a different matter. While Tuesday's policy announcement will make links easier to delete on a case-by-case basis, the policy remains vague on what will happen to the subreddits, which are governed by moderators. (Video via Reddit)

For that, the company seems to be partially adhering to its laissez-faire policy by relying on the community. A new series of mod tutorials launched Tuesday to better educate mods on how to best take care of their subreddits.

Ohanian told The New York Time's Mike Isaac while he and his co-founder have always taken privacy seriously, they've had to catch up with how much technology has changed in the last 10 years. These new policies reflect that.

And with a newly acquired round of $50 million venture capital received in October, Reddit has a lot more riding on not stirring the Internet controversy pot as much as it has in the past. The new policies are set to go into effect March 10.