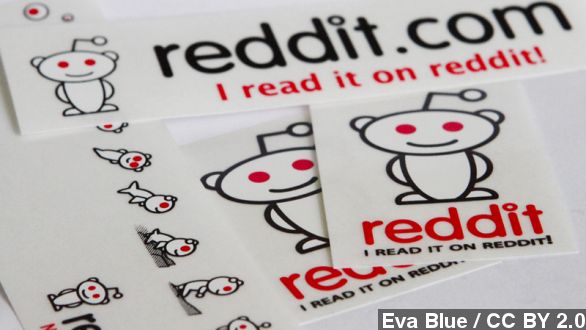 By Jamal Andress
October 1, 2014
Reddit CEO Yishan Wong told Reddit community members he wants to share 10 percent of the company’s shares with them but doesn’t know how to do so.
SHOW TRANSCRIPT

After a $50 million round of outside funding for Reddit, the self-declared front page of the Internet, it seems the company’s CEO wants to share the wealth.

Reddit is one of the most popular content-sharing sites in the world with more than 114 million unique monthly visitors.

And if everything goes as planned, those visitors to the site will have a chance to own 10 percent of the company's shares through a new cryptocurrency.

In a blog post, CEO Yishan Wong told the Reddit community faithful, "The idea of being able to distribute ownership of reddit back to the community - a long-held dream of many of us, frankly - is important enough to try and do this."

Facebook is worth more than $17 billion, which means if it had tried this plan — before going public — roughly $1.7 billion worth of shares would be distributed to the Facebook community.

And as great as that stat might sound, even Reddit's CEO says this plan is a long shot. “"[This idea] is technically, legally, and financially complex. … We want to emphasize that this plan is in its earliest stages right now and could totally fail."

The post doesn't give much detail as to how this cryptocurrency would work, seemingly because those at the company are not sure themselves.

Not to mention, Reddit was operating in the red as recently as the beginning of this year when the website announced it would donate one-tenth of its ad revenue to charity.

But according to TechCrunch, Reddit does have other plans for its money besides giving it away, reporting the company will use the $50 million to expand its staff for "product development, community management and better tools around moderation and community."