Redbox Raises Prices As It Battles Netflix, Lack Of Growth 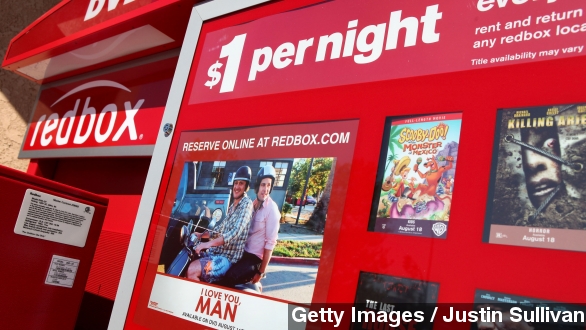 SMS
Redbox Raises Prices As It Battles Netflix, Lack Of Growth
By Ben Lawson
By Ben Lawson
November 24, 2014
Redbox announced new prices for rentals, which, while it may be an unpopular move with customers, gave investors reason to celebrate.
SHOW TRANSCRIPT

On Monday, Redbox, one of the few remaining places you can actually rent a real-life DVD, announced it will raise its prices — always a contentious move.

You might remember the backlash when Netflix announced its price increase that went into effect this year, so it's no surprise to see the media predicting doom and gloom for Redbox.

Cinema Blend warns that when your business centers around bargain prices, even the slightest increase can spurn customers.

And Variety cites a market analyst who says he expects to see Redbox rentals drop.

But it's not like people looking to rent an actual disc have many better options. Blockbuster and most similar businesses have disappeared.

And, believe it or not, MarketWatch says the price hike could actually be a good thing for DVD lovers, showing that "DVDs aren't dead."

Investors of Redbox's parent company, Outerwall, certainly loved the pricing news. Shares were up 12 percent at close on Monday.

That's pretty great for a company that seems to be at the end of its rope for growing its business.

The Verge writes Redbox has essentially hit a wall in its U.S. expansion because, "There are only so many grocery stores and shopping centers where the company can place its kiosks."

It also likely took a loss after its video streaming service Redbox Instant was a complete flop.

Rival companies like Netflix and other video on demand services also present a huge challenge because of the convenience they provide.

Which, ironically, is what once made Redbox so appealing.