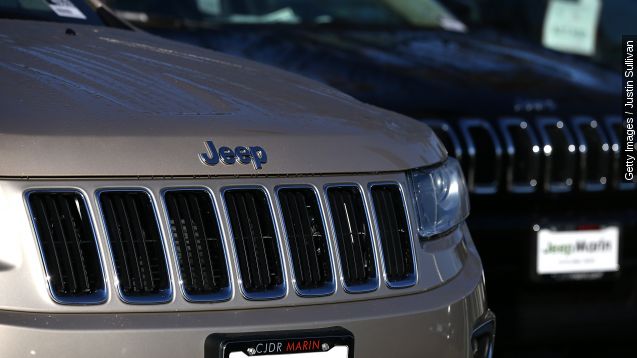 It's been a tough past few days for Fiat Chrysler as the automaker is recalling millions of vehicles and is reportedly set to be hit with a steep fine by the U.S. government. (Video via WXYZ)

Bloomberg reports more than 1.7 million Dodge Ram trucks are being recalled for air bag issues. One — affecting about 660,000 models made from June 20, 2012 to Jan. 26, 2015 — involves the air bag sensor being overly sensitive. The other includes as many as 1.06 million vehicles manufactured from Jan. 18, 2011 to Oct. 7, 2014, where an electrical shortage can cause the air bags to activate randomly.

This comes a day after the company issued another recall for some 1.4 million vehicles affected by a technological vulnerability allowing hackers to take control of someone else's car.

"They can control the steering as long as it's in reverse, pop its locks, mess with the speedometer, and, of course, disable the brakes," Wired reports.

Now, The Wall Street Journal reports, Fiat Chrysler could be slapped with a $105 million fine announced as soon as Monday. The fine involves past recalls and is for "misleading and obstructing regulators; inadequate and lagging repairs; and failing to alert car owners to recalls in a timely manner," the report says.

The news is tough for a company seemingly on the up-and-up after merging last year. Fiat Chrysler posted nearly $700 million in Q1 losses last year but more than $101 million in profit gains during the same time period this year.

The automaker's stock also appears to be on track for big gains where, as of Sunday, it was being traded at nearly double the price than a year ago.

Recalled vehicles can be taken to any Fiat Chrysler dealership for the necessary repairs.