Ready Yet? Get Set. It's An 'All That' Reunion! 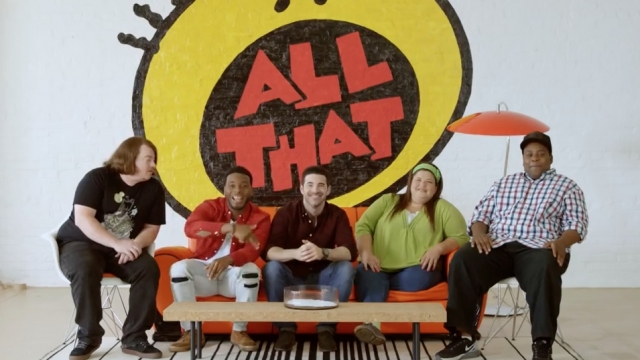 That's right! The show most teenagers probably haven't even heard of is coming back for a reunion special and bringing along some of our favorites, including both Kenan and Kel, Lori Beth Denberg, Danny Tamberelli and Josh Server.

And that's basically all we know, but it's safe to guess Earboy, Pierre Escargot and Vital Information will all be making an appearance. The news was met with the exact amount of '90s baby nostalgic excitement you'd expect online with #AllThatReunion.

To say we probably should've seen this coming is a bit of an understatement, because the group has been getting together more and more over the past year.

"Welcome to Good Burger, home of the Good Burger. Can I take your order?" Kel says during a Good Burger sketch.

After a falling out between former co-stars Kenan and Kel years ago, the two publicly buried the hatchet in September thanks to this Good Burger sketch. And the rest of the squad minus Kenan got together for a Comic Con panel in October, giving us all the "I Love the '90s" feels.

The reunion special is set to air in April on Nickelodeon. I'm just hoping Ashley can make an appearance.