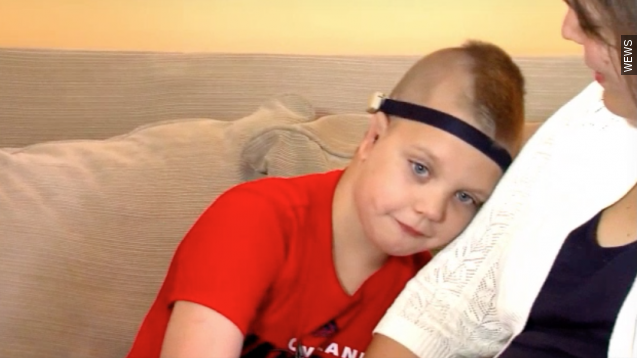 An 8-year-old North Canton, Ohio, boy now has a set of external ears due to an incredibly rare surgery.

According to Newsy's partners at WEWS, Elijah Bell, who goes by Eli, was born with bilateral atresia microtia in 2007. This means no ear canals, openings or outer ears ever formed.

The Children's National Health System reports this condition "occurs in one out of 25,000 births."

"Eli wears a band around his head with boxes attached — known as bahas — and those allow for typical hearing," a WEWS reporter said.

Since 2012, Eli has had five different surgeries to construct outer ears at the Akron Children's Hospital. The process is quite extensive.

"It's kind of like arts and crafts in there, you know. We have essentially what amounts to an Exacto set with the gouges and the grooves," Eli's doctor, Dr. Ananth Murthy, told WEWS.

"What's gotten us through is our faith in God, who turned this kind of crazy story into this miraculous journey of having him find himself and find his self-confidence," Eli's mother, Colleen, told WEWS.

As for what Eli thinks of his new ears?

"You like them and you love them?" the WEWS reporter asks.