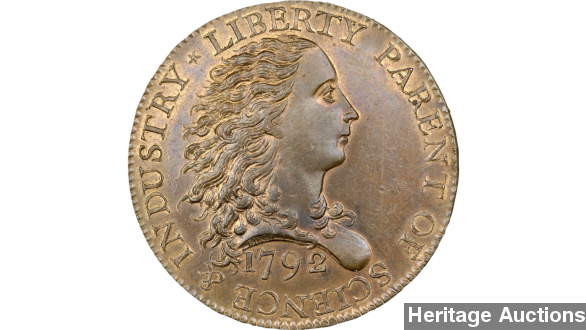 SMS
Rare Birch Cent Sells For Record $2.5 Million
By Nathan Giannini
By Nathan Giannini
January 12, 2015
A Beverly Hills coin collector shelled out more than $2.5 million for a 1792 Birch cent, the most anyone has ever spent on a one-cent piece.
SHOW TRANSCRIPT

An avid coin collector shelled out more than $2.5 million at an Orlando auction last Thursday — the most anyone has ever spent on a one-cent piece.

This 1792 Birch cent is one of around 10 similar coins known to still exist. The coin is named after its engraver Robert Birch, who produced it as an experiment after the founding of the U.S. mint.

But Lipton is confident the coins will only become more valuable, calling them the "Mona Lisas of our coinage."

Still, those two coins fall well short of the most expensive coin of all time.

That honor belongs to a 1794 Flowing Hair Silver Dollar, which sold for a mind-boggling $10 million in 2013.