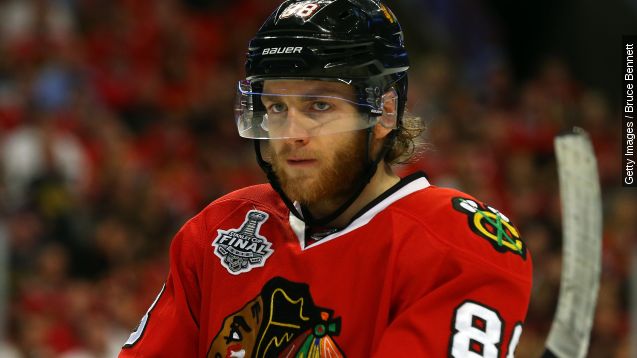 The attorney of the woman accusing NHL star Patrick Kane of sexual assault called for an independent investigation Wednesday. This comes after the alleged evidence bag once containing the accuser's rape kit showed up on the accuser's mother's doorstep.

The accuser's attorney claimed the evidence bag had been tampered with, which could affect the prosecution's case against Kane.

The authenticity of the bag hasn't been confirmed by the police department in Hamburg, New York, but the department did post on its Facebook page its handling of evidence in the case has been "unassailable."

Kane's attorney questioned the bag's significance Wednesday, telling the Chicago Tribune samples from the kit had already been tested and, "We were told other DNA was found, but none of it was from Patrick [Kane]."

Meanwhile, Kane's playing status for the Chicago Blackhawks will remain unchanged as the investigation continues. NHL deputy commissioner Bill Daly said Kane is still at training camp with his team.