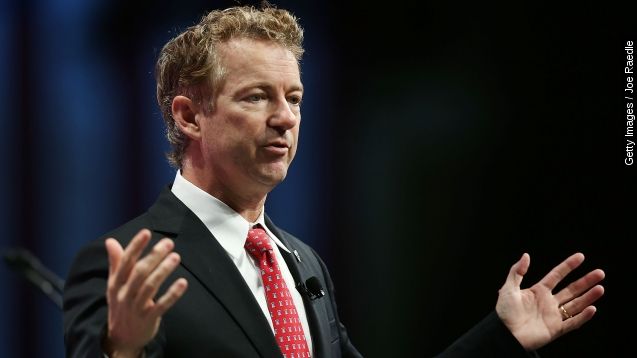 Kentucky Sen. Rand Paul has reportedly dropped out of the race for the GOP presidential nomination.

Paul said in a statement: "Although, today I will suspend my campaign for President, the fight is far from over. I will continue to carry the torch for Liberty in the United States Senate and I look forward to earning the privilege to represent the people of Kentucky for another term." (Video via Fox News)

Paul's poll numbers started in the double digits, but as more candidates joined the field, his popularity waned. (Video via Rand Paul for President)

"Here in New Hampshire, there is a big contingent of Libertarian voters. These are folks who are supportive of Rand Paul. Now, as we head into Tuesday, where will those voters go?" CNN reported.

Paul is expected to run for another term in the U.S. Senate. He's up for re-election this year. (Video via C-SPAN)