Ramen Could Be Replacing Cigarettes As Prison Currency 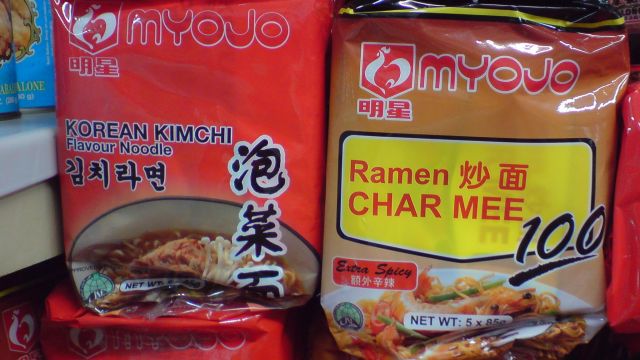 Ramen noodles may be surpassing cigarettes as the most valuable prison currency.

A new study from the University of Arizona found in one prison in the American Sunbelt, packs of the noodles serve a dual purpose.

On the one hand, they're being used as money and exchanged among prisoners for things like food, clothes and cleaning services. They're even used as poker chips.

But ramen, in particular, is used because it's considered a tasty, cheap and calorie-dense food –– at a time when prison food budgets have been slashed.

The study's author told The Guardian the prison he studied has cut the number of hot meals it serves per week. On weekends, it used to serve prisoners three meals a day but now only serves two.

Only one prison was studied in this case, so you might take this finding with a grain of salt. But the researcher argued other investigations have also shown that in prisons, ramen might be more valuable than cigs.

The study's author says his finding should be seen as a call to examine the quality of care for prisoners.