Ram Mascot Deserves To Toot His Own Horn Over Promotion 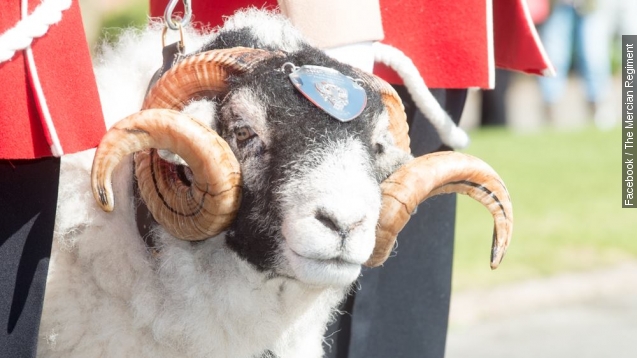 A ram that received a promotion in the British Army should feel anything but sheepish about his accomplishment.

The ram was promoted from private to lance corporal after the regiment's Formation Day parade Tuesday. (Video via The British Army)

But Lance Cpl. Derby isn't the first ram to serve as a mascot for the British Army. As his name suggests, he's actually the 30th.

According to Country Life, rams — who all start out as Pvt. Derby — have been mascots since 1858 when a commanding officer took possession of a ram during a siege.

Since then, various regiments in the British Army have inherited the ram as their mascot.  Pvt. Derby became the official mascot of the Mercian Regiment when it formed in 2007. (Video via The British Army)

This video includes images from The Mercian Regiment.