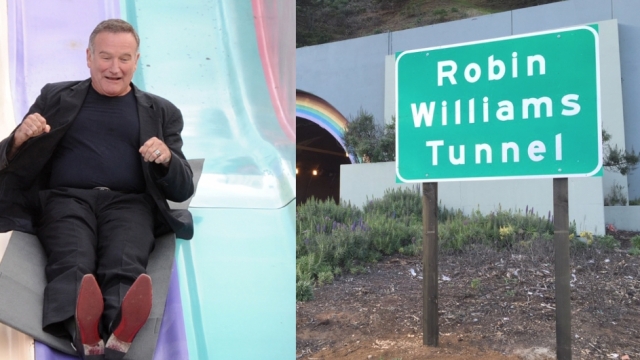 A tunnel in California has been named the Robin Williams Tunnel after thousands petitioned to honor the late comedian.

The California State Senate voted to name the tunnel the Robin Williams Tunnel last year, and signs officially went up this week.

The colorful rainbow that adorns one side of the tunnel inspired a Marin County resident to start a Change.org petition. The tunnel is on Highway 101 near where Williams used to live.

The petition said his "playful" and "colorful" personality made the tunnel a fitting tribute. And it cited the rainbow suspenders Williams wore on the show "Mork & Mindy."

Supporters of the Robin Williams Tunnel also hope it will bring attention to mental illness and suicide, Williams' cause of death.

This video includes clips from ABC and ABC News, and images from Getty Images.