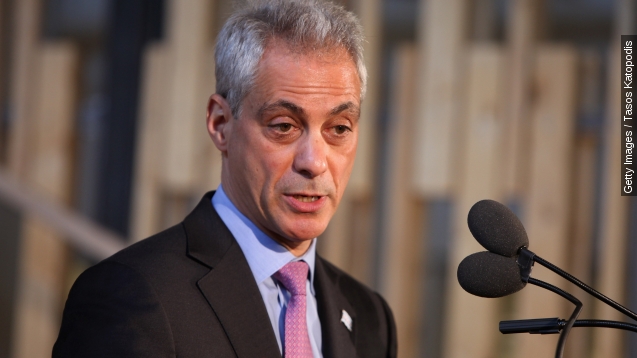 "Chicago is thriving, but the fiscal challenges before us are significant. They threaten our economic future, the ongoing efforts to attract business, and jobs to the city of Chicago," Emanuel said.

In his speech before the city council, Emanuel proposed a $543 million property tax hike over four years to balance the city's budget. That money would go to underfunded pensions, something Emanuel called Chicago's "greatest financial challenge." (Video via WMAQ)

Emanuel defended the tax hike saying the alternative to his plan would be to cut thousands of police and firefighter jobs. He also said other services, like road repair and rodent baiting, would suffer as a result of cutting public service jobs. (Video via WLS-TV)

The plan will now go to the city council. A majority of council members must approve it for it to go forward.

This video includes images from Getty Images and Scott L / CC BY SA 2.0.