Raffaele Sollecito Is Ready To Move On 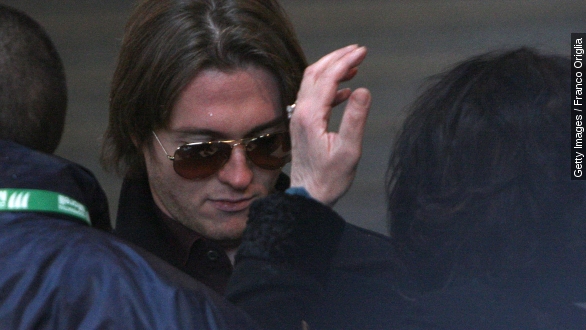 Raffaele Sollecito is calling his recent acquittal a "rebirth."

"You are known as Amanda Knox's ex-boyfriend," said an NBC reporter.

"I prefer to be known as Raffaele Sollecito who is moving on with his life," Sollecito said.

But now the 31-year-old — who spent four years in an Italian jail in connection to the 2007 death of Meredith Kercher — is ready to move on.

"I'm so grateful to have my life back," Knox said.

It's a sentiment his ex-girlfriend Amanda Knox echoed after Italy's highest court overturned both of their convictions Friday.

Knox and Sollecito were arrested in Italy in 2007 shortly after Kercher's body was found with her throat slashed, multiple stab wounds and signs of sexual assault. (Video via CNN)

In 2009, the duo was convicted of murder and sexual assault in an Italian court. Knox got 26 years while Sollecito got 25.

Except Italy's highest court then ordered a new trial. That trial came and went last year, and the 2011 decision was overturned, upholding the 2009 guilty verdict. Knox was given 28.5 years in that verdict. (Video via BBC)

And then, of course, there was the decision from the highest court last week that once and for all acquitted both Knox and Sollecito of Kercher's murder.

In a news conference in Rome and that interview with NBC's "Today," Sollecito discussed new beginnings. (Video via Sky News)

A big part of that — judging from his NBC interview — is Sollecito's hope that he'll one day stop being known as the ex-boyfriend of Amanda Knox. He says the two haven't spoken since their acquittal.