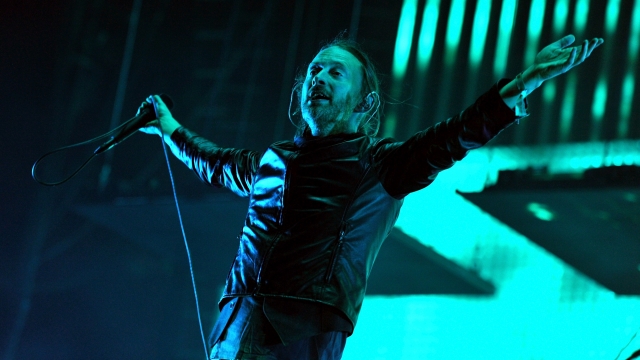 SMS
Radiohead Is Creeping Back Into US To Play For First Time In 4 Years
By Cody LaGrow
By Cody LaGrow
March 14, 2016
The British band will come stateside to play four shows in New York and Los Angeles this summer.
SHOW TRANSCRIPT

Radiohead is creeping its way back into our hearts and the United States.

The British band announced Monday morning it will play a series of shows in addition to previously scheduled festival dates.

The concert details are limited and a majority of the gigs are in Europe, but the dates include four shows in the U.S. — two nights in New York City and two in Los Angeles. It's the first time Radiohead has played in the U.S. in four years.

Still no word on new music from the band. The group's last release was "The King Of Limbs" in 2011, and rumors swirled last year that Radiohead was working on its ninth album. It seems the only gift fans received was on Christmas Day when Radiohead released its unused Bond theme song "Spectre."

Tickets for the American stops go on sale March 18.

This video includes clips from Parlophone and Ticker Tape Ltd. and images from Twitter and Getty Images.