R-Rated 'Baywatch' Movie Will Make A Splash In 2017 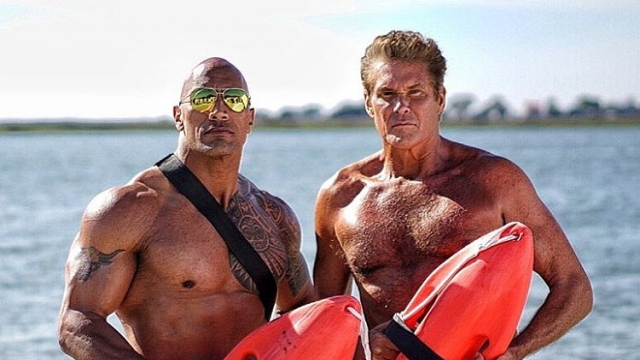 Nineties series "Baywatch" is being rebooted for a theatrical release, and it will come with a "hard R-rating."

Dwayne "The Rock" Johnson will play the male lead, a role made popular by David Hasselhoff's Mitch Buchannon. His lifeguard crew will include Alexandra Daddario, Zac Efron and more.

Aside from the racy content, the new "Baywatch" is noticeably more diverse than the original. Ilfenesh Hadera will play Johnson's love interest, and Priyanka Chopra will play the villain.

In a Facebook post in early March, Johnson revealed that Hasselhoff will also appear in the film, which he described as "Avengers meets Anchorman."

"Baywatch" was once the most-watched TV show in the world, drawing 1.1 billion weekly viewers in 148 countries.

The "Baywatch" movie will premiere May 2017.