Quentin Tarantino's Final Legal Woe Of 2015 Is A Bit Ironic 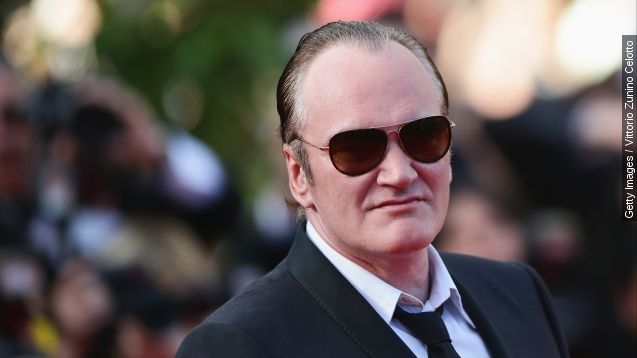 SMS
Quentin Tarantino's Final Legal Woe Of 2015 Is A Bit Ironic
By Lexie Hammesfahr
By Lexie Hammesfahr
December 31, 2015
The director is getting sued for copyright infringement over his film "Django Unchained," which, ironically, won Best Original Screenplay.
SHOW TRANSCRIPT

"Django Unchained"— a little ditty of a movie back in 2012 that also happened to be Quentin Tarantino's seventh film.

"Come on over. We've got us a fight that's a good bit of fun," Leonardo DiCaprio says in the trailer.

It garnered five Oscar nominations, winning one for Christoph Waltz's performance in a supporting role and another for Best Writing, Original Screenplay. (Video via The Weinstein Company / "Django Unchained")

Which is ironic because Tarantino is now being sued over copyright infringement for that very screenplay.

The script in question is "Freedom," which was reportedly about "an escaped slave named Jackson Freeman who desired to purchase his family's freedom from a malevolent plantation owner." Jamie Foxx's character in "Django Unchained" is Django Freeman.

The suit also calls Tarantino an "admitted thief." In an old interview with Empire magazine, he said he steals "from every single movie ever made."