Tarantino Really Does Plan To Direct Only 2 More Movies 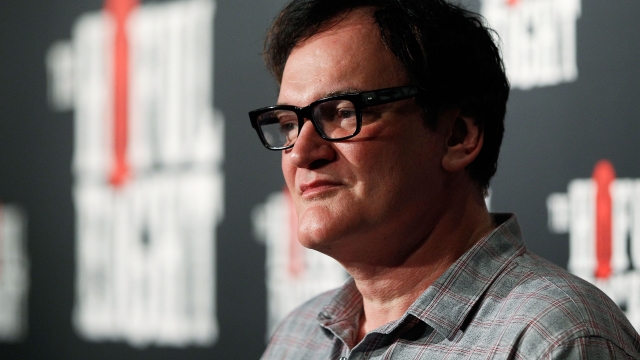 Director Quentin Tarantino is sticking with his plan to retire after his next two film projects.

Back in 2014, the "Inglourious Basterds" director told Deadline he envisioned making only 10 films.

"It's not etched in stone, but that is the plan. If I get to the 10th, do a good job and don't screw it up, well, that sounds like a good way to end the old career," Tarantino said.

But here's the kicker: As of 2016, Tarantino has technically already directed more than 10 films.

We do know that Tarantino counts the two "Kill Bill" features as one movie and that he considers his latest film, "The Hateful Eight," his eighth time in the director's chair.

And once you eliminate the films where he directed only parts of them — like "Sin City" and "Four Rooms" — you do somehow get down to eight full-length feature films.

"If I only think that I only have two movies, well, that keeps it at the tip of the spear, if you know what I mean. That means those ones better be good, and I better mean everything about them," Tarantino told Jimmy Kimmel in 2015.

We have an idea on what those two final films might be.

While doing press for "The Hateful Eight," Tarantino told a reporter about an idea for a period film set in Australia.

"Like a Bonnie and Clyde-ish kind of story," he said.

He's also recently said he'd like to do a project based in the year 1970.

"Hopefully, the way I define success when I finish my career is that I'm considered one of the greatest filmmakers that ever lived. And going further, a great artist, not just filmmaker," Tarantino said at the Adobe MAX creativity conference.