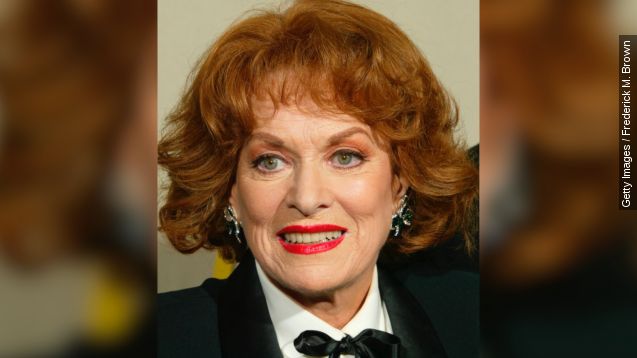 Statements from O'Hara's family and her manager say the Irish-American actress died in her sleep from natural causes.

O'Hara is best known for her roles in films like "How Green Was My Valley" and the original film adaptation of "Miracle on 34th Street."

She also starred alongside John Wayne in five films throughout her career, including "The Quiet Man." O'Hara was known as the "Queen of Technicolor" partly because of how her distinctive red hair came alive during the popularization of saturated color in movies.

She's remembered as a feisty woman.

"You're talking a heap of rubbish," O'Hara said.

She even picked a fight with Walt Disney. In a 2004 interview, she told The Telegraph, simply: "I've always been a tough Irish lass. I proved there was a bloody good actress in me. It wasn't just my face. I gave bloody good performances." (Video via CNN)

O'Hara received an honorary Oscar in 2014. She is survived by her daughter.

This video includes images from Getty Images and Alan Fisher.