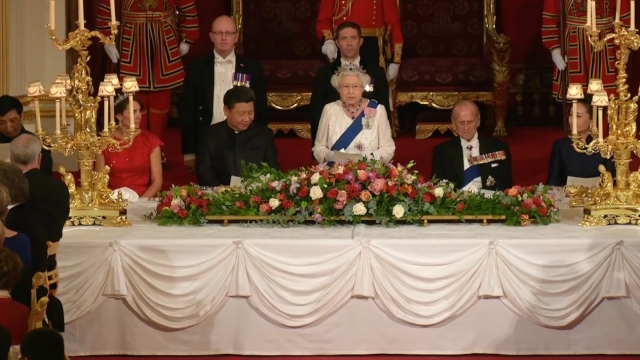 "They were very rude to the ambassador," the queen said.

"Barbara was with me, and they walked out on both of us," Metropolitan Police Commander Lucy D'Orsi said.

The queen voiced her complaint about the treatment of Britain's ambassador, Barbara Woodward, to a police commander Tuesday.

But this comment stands in contrast to what the queen said during the Chinese officials' visit last year.

"The United Kingdom and China have a warm and longstanding friendship," the queen said.

Personal views aside, Buckingham Palace still stood by the visit as a successful one.

The Chinese government didn't say what effect the queen's comments had on the two countries' relations.

This video includes clips from The British Monarchy, CCTV and BBC, and images from Getty Images.