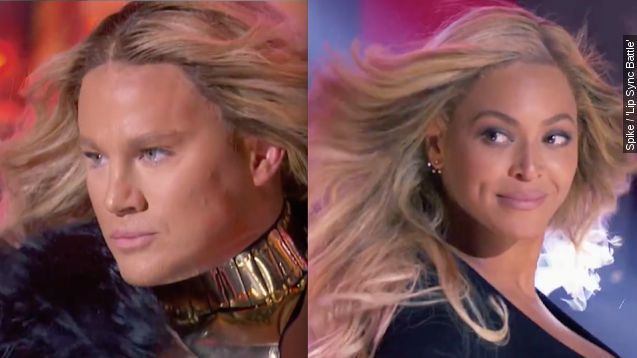 SMS
Queen Bey Takes Back Her Musical Kingdom
By Cody LaGrow
By Cody LaGrow
January 8, 2016
It was unofficially Beyoncé Week as Mrs. Carter reminded us why she reigns as music's most royal entertainer.
SHOW TRANSCRIPT

Stand up. Now. The queen has entered the arena.

Beyoncé confirmed that she'll be joining Coldplay for the halftime performance at Super Bowl 50. No word on plans for the big performance, but Queen Bey and the band did just recently team up for the song "Hymn for the Weekend."

It's a big week for Beyoncé, who seems to be reminding us that we're never ready for her jelly, especially in the form of duplicate divas.

Beyoncé busted down the doors of "Lip Sync Battle" on Thursday night alongside Channing Tatum — reminding Magic Mike who really runs the world. She shut it down, much like she did at the Super Bowl in 2013.

Mrs. Carter unintentionally killed the lights during her halftime performance. Urban legend has it that Beyoncé's ballads proved to be too much for the power boxes. The Superdome went completely dark shortly after she performed.

We're glad the powers that be have put another Super Bowl ring on Beyoncé. The nation's most-watched event will air Feb. 7 in Santa Clara, California, at Levi's Stadium. Dust off those leotards now.